The 5G mobile communications standards are being finalized, and drafts are now available. This standard describes the 5G-AKA authentication and key exchange protocol. The previous version of AKA (3G and 4G) are well-known for their lack of privacy against an active adversary (e.g. a user can be massively tracked using IMSI-catcher). This new version of AKA tries to offer more privacy, notably through the use of asymmetric randomized encryption of the users permanent identities. Our first contribution is to show that, while this prevents the mass surveillance coming from IMSI-catchers, this is not sufficient for privacy. In particular, all the other known privacy attacks against 3G and 4G-AKA carry over to 5G-AKA. We also found a new type of vulnerabilities of stateful authentication protocols.
Our main contribution is the following: we modify the 5G-AKA protocol to prevent all known privacy attacks. We do this while keeping the cost and efficiency constraints under which the 5G-AKA protocol was designed. In particular, we have a limited use of randomness, relying on a sequence number whenever 5G-AKA does. This sequence number has to be maintained by the user and the network, making the protocol stateful. Because of this statefulness, our modified 5G-AKA protocol is not unlinkable. Still, we show that our protocol satisfies a weaker notion of unlinkability called sigma-unlinkability. This is a new security notion, which allows for a finer-grained quantification of the privacy provided by a protocol. The security proof is carried out in the Bana-Comon indistinguishability logic, which is well-suited for stateful complex protocols. We also prove mutual authentication between the user and the network as a secondary result. 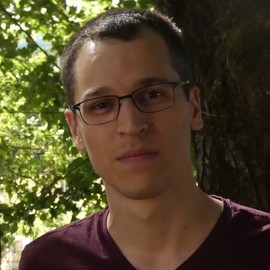